skip to main | skip to sidebar

Sorry to my followers, if any, for being gone so long. Alot has happened since my last post. First of all, I didn't get the OB internship and that kinda bummed me out so I stopped blogging. But, alot has changed. I just graduated nursing school and have recently passed the NCLEX-RN and I now work in a surgical unit. Last week I took my first patient. I was so scared but I had a very successful day. Tomorrow will be my second day as a brand new RN so I will keep everyone informed of my transition from student to nurse..Check back soon :)

Okay, so I am not sure if ICU is for me...it was interesting to see that part of the hospital and what their role is in patient health care. I learned about the different "drips" and I also learned that alot of people are non compliant with keeping their blood sugar down. Every day I was there, there was a patient who was in for DKA..diabetic ketoacidosis. Most were frequent flyers, LOL. I did see alot of patients intubated and even had a hand in popping in NG tubes. I also learned about "art" lines and what purpose they have. An arterial line is usually inserted in the radial, brachial, femoral or dorsalis pedis artery. This is an invasive way of measuring one's TRUE blood pressure. Most blood pressure cuffs are designed to read blood pressure in a healthy individual and you would be surprised how wrong they actually are in measuring a sick patient. Dr. "R" was very student friendly and if I am ever in ICU, I want him to be my Doc, lol.
I also got to do chest compressions again. This time I was all up in the bed doing them. Poor guy didn't make it anyways. I don't really have much to write about this time. Certainly wasn't as interesting as ER or OB, but I did learn a few things. Co-workers were great also.
I am off for the next 2 weeks, but I did get an internship in the OB dept!! yeah!! not sure of my hours yet. Check back soon for my next post.

Well, I wasn't too excited about this rotation. I felt that I was mainly in the way and kept myself busy by helping the aides. Like I've said before...I'm comfortable with that role. I did alot of DC'ing (Discontinuing) IV's and couple of IV starts which apparently Im not so great at. It was easier on OB cause those women were young and had good veins. Older and sicker people are more dehydrated and that makes it harder to stick. I only got 1 out of 5. I have got to get the hang of it and SOON!
I didn't get to do anything crazy but I did change a colostomy, remove sutures, discharge teaching, wound vac dressing change on a stage 4 pressure ulcer, a couple of other dressing changes that were minor, a couple of admission databases, discharge teaching, and I learned that I will NEVER be snooty to nurse externs when Im in charge (LOL).
Tomorrow starts my ER rotation. Kim said she liked it so Im excited to see some action. I hope I don't make a fool of myself though :-)
Check back soon for my ER post!

OMG...I definitely want to be a labor nurse. I even like the postpartum and babynursing. I have never been more enthused about coming to work and working for 12 hrs. I did get to see quite a lot during this rotation. I worked with some excellent nurses too.

My first day on the floor was kinda crazy. I was taking a mom and her baby out the door to go home and while I was fumbling with the car seat they called for an emergency c-section. When I got back to my floor there was nobody to be found. When I finally got the go ahead to go back to the section things were still not looking good. Baby was out but it wasn't breathing. It had been nearly 3 min. I felt like a knot on a log because I didn't know how I could help. They sent me to find the other nurse who stayed on the floor with the rest of the patients and had me get some Narcan. When I got back with the med, baby was doing fine. Whew! I did not want to experience death my first day. Whe we took the baby back to the nursery we had to suction so I got to insert the NG tube and suction. The nurses had to draw ABG's which wasn't easy. It took 4 nurses to get the job done. The baby was a level 2 baby so we kept him in the nursery for the rest of my shift.

The rest of the day went smoothly. I got to "babynurse" a few babies. For those of you who don't know what that is it is when the baby is delivered it has its own nurse who does all of the stimulating and warming. They also do all of the measuring and weighing and the APGAR's at 1 and 5 min. The baby will also get its first meds.

During this rotation I got to see circs, sections, natural labor, vacuuming, a 15 yr old giving birth, and sadly a fetal demise. I also got to hear my first heart murmur. I become proficient at inserting Foley's, I started 2 IV's, did initial assessments, and triaged a couple of ROL's. I did all of this with a nurse by my side of course. I also got to bathe a newborn and help a mom push for 2 hrs. This was by far the best clinical experience I have ever had even though it wasn't a clincial day. I talked with the person in charge and hopefully I will get to stay on OB when my summer extern program is through. She said that due to the budget she will only have room for 1 or 2. I sure hope I get it because this is definitely the spot for me.

This week I am scheduled for a much dreaded med-surg floor. I am not as excited but I am sure I will learn alot.

Tomorrow is my day of orientation for the nurse extern program. I am so excited to get back into the swing of things. Tuesday is my very first official day in Labor and Delivery and I could not be more excited. I am definitely looking forward to having a patient that is not elderly (no offense, I am just looking for a change and I LOVE babies!) I feel like this is a mile stone in my career as I didn't get into anything maternal in my previous experience in LPN school. That was my main reason for going into the healthcare field in the first place. When I graduated high school, I was a computer major....how freaking boring is that! I ended up quiting school and having a baby and decided to return to school as a practical nursing student. I quit that after a year (i was almost finished lacking 3 mo.) and had another child. That along with other circumstances which I will not divulge into on here kept me away from my dream. To make a LONG story short, I had one more child, moved, changed the way I lived and started my journey to becoming an RN. It has been a long time coming. 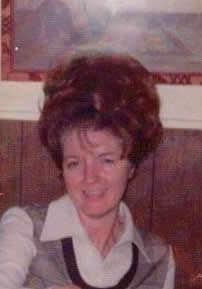 Mary Virginia Wright
Oct 12, 1935-May 10, 2009
I just wanted to say few things about my grandmother. She passed away on Mother's Day evening. I will miss her wittiness and her kindness. She was a very special woman and she was the only one who really understood me. I couldn't get anything past her. She knew exactly what was going on in this crazy head of mine. I am thankful for the last 6 months that I have had with her. My kids got to know her and will have some good memories of her. R.I.P Nene, I will always love you.

HIPAA!
Names and details have been changed. Some are made up completely. You or your sister, Aunt, grandma, or anyone else is not in here. I swear!

future RN
Hey everyone! I am a single mom with 3 kids and I am from a small town in the U.S. I am a nursing student and I hope to graduate in 2010. 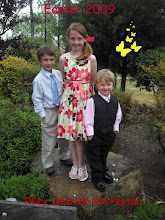